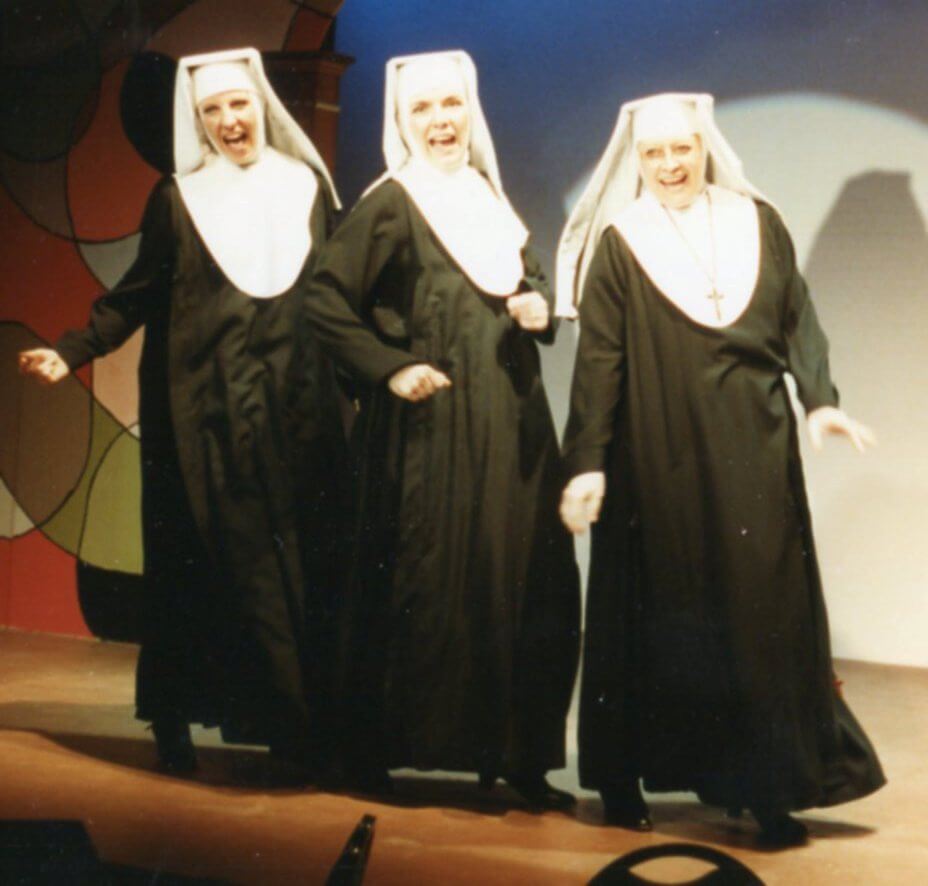 NUNSENSE  is a musical comedy with a book, music, and lyrics by Dan Goggin. The NUNSENSE concept originated as a line of greeting cards featuring a nun offering tart quips with a clerical slant. The cards caught on so quickly that Goggin decided to expand the concept into a cabaret show called The Nunsense Story, which opened for a four-day run at Manhattan’s Duplex and remained for 38 weeks, encouraging its creator to expand it into a full-length theater production. The original production of NUNSENSE, directed by Goggin, opened on December 12, 1985 at the off-Broadway Cherry Lane Theatre, moving to the Douglas Fairbanks Theater for the majority of its ten year run. It ran for 3,672 performances, becoming the second-longest running off-Broadway show in history (after The Fantasticks). By the time it closed, it had become an international phenomenon translated into at least 26 languages with more than 6,000 productions worldwide.  It has grossed over $300 million worldwide, and more than 25,000 women have played in Nunsense productions worldwide, including Edie Adams, Maxine Audley, Kaye Ballard, Honor Blackman, Pat Carroll, Peggy Cass, Phyllis Diller, Louise Gold, Maggie Fitzhugh and JoAnne Worley.  The story follows five of the 19 surviving Little Sisters of Hoboken, a one-time missionary order that ran a leper colony on an island south of France, who discover that their cook, Sister Julia – Child of God, accidentally killed the other fifty-two residents of the convent with her tainted vichyssoise while they were off playing bingo with a group of Maryknolls. Upon discovering the disaster, Mother Superior had a vision in which she was told to start a greeting card company to raise funds for the burials. The greeting cards were an enormous success and, thinking there was plenty of money, the Reverend Mother bought a VCR for the convent, leaving her with no money in the kitty to pay for the last four burials. With the deceased nuns on ice in the deep freeze, they decide to stage a variety show in the Mount Saint Helen’s School auditorium to raise the necessary amount. Participating in the project are Mother Superior Mary Regina, a former circus performer who can not resist the spotlight; her competitive but dignified rival, second-in-command Sister Mary Hubert; Sister Robert Anne, a streetwise nun from Brooklyn; Sister Mary Leo, a novice who is determined to be the world’s first ballerina nun; and wacky, childlike Sister Mary Amnesia, who lost her memory when a crucifix fell on her head. The entertainment that they present includes solo star turns, madcap dance routines, and an audience quiz. The play ran in Dodge City from January 23 – February 16, 1991. 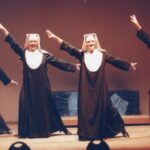 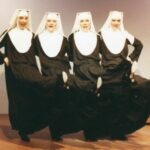 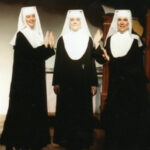 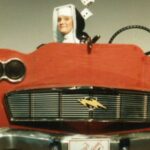 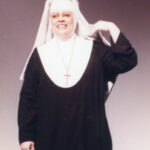 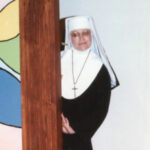 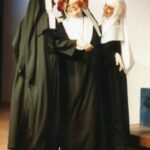 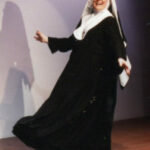 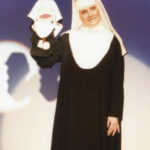 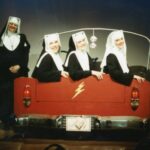 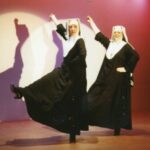 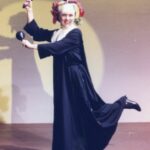 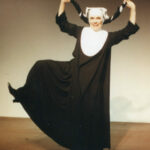 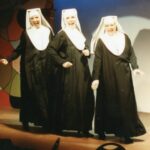 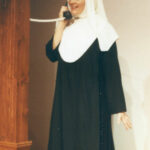 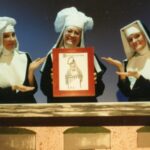 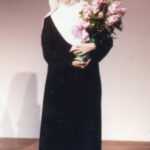 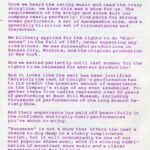