Moon Over Buffalo by Ken Ludwig follows the story of George and Charlotte Hay, traveling actors, who are performing Cyrano de Bergerac and Private Lives in a repertory theatre in Buffalo. Charlotte has grandiose dreams of becoming a Hollywood film star; George, on the other hand, is quite satisfied as a stage actor, and sees live theatre as being superior to film. George receives a phone call from Frank Capra, a very famous film director, who says that he needs replacements for Ronald Colman and Greer Garson, the two stars of his current film, The Scarlet Pimpernel, and that he plans to see one of George’s shows and consider George and Charlotte for the parts. Charlotte, however, doesn’t believe George when he gives the news; she has just learned that George has had an affair with one of their actors, Eileen, and that Eileen is pregnant with George’s child. Charlotte tells George she plans to leave with Richard, a successful and charismatic lawyer. George, despondent, gives up hope and turns to alcohol to drown his misery. With lots of situation comedy as well as some sexual innuendo and a little slapstick, the action and dialogue are fast-paced, as the characters are constantly bickering or frantically trying to resolve some confusion. This performance ran in Dodge City from April 4-27, 2002. 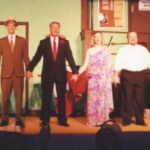 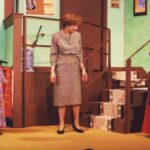 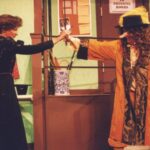 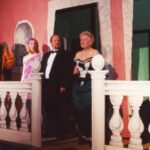 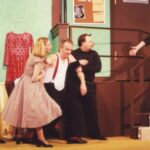 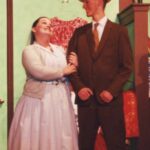 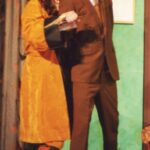 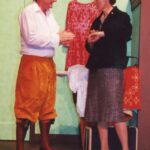 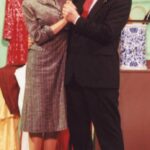