“My name is Known God and King. I am most in majesty, in whom no beginning may be and no end.” – thus declares the Voice of God at the beginning of  Godspell, a 1970 musical by Stephen Schwartz and John-Michael Tebelak. Based on a series of parables found in the Gospels of Matthew & Luke, it opened off Broadway on May 17, 1971, and has played in various touring companies and revivals many times since. Several cast albums have been released over the years and one of its songs, “Day By Day” from the original cast album, reached #13 on the Billboard pop singles chart in the summer of 1972.  The musical opened a year after another religiously-themed successful rock musical, Jesus Christ Superstar. This performance ran in Dodge City from July 7-22, 2006. 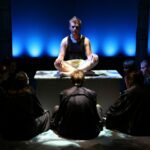 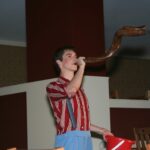 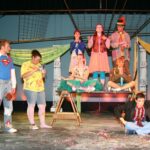 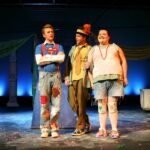 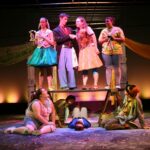 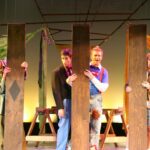 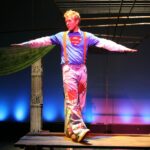 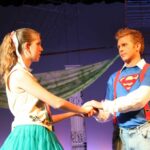 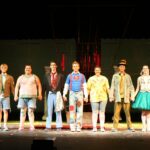