Deathtrap is a 1978 play by Ira Levin that involves many plot twists. Nominated for the Tony Award for Best Play, it holds the record as the longest-running comedy-thriller on Broadway. Sidney Bruhl is a once-successful playwright whose last several productions have flopped at the box office. He then receives a script by a novice writer named Clifford Anderson for a stage thriller entitled Deathtrap. Bruhl tells his wife Myra that the script is brilliant and he then concocts a murder plot whereby he will offer to help Anderson rewrite the script, but will instead kill him and pass the play off as his own. Needless to say, the plan quickly spirals out of control. This performance ran in Dodge City from October 2-25, 2003. 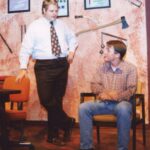 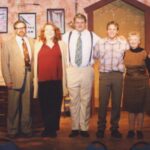 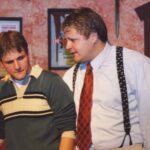 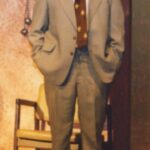 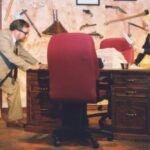 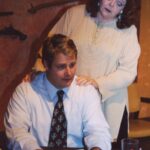 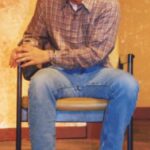 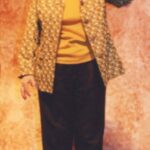