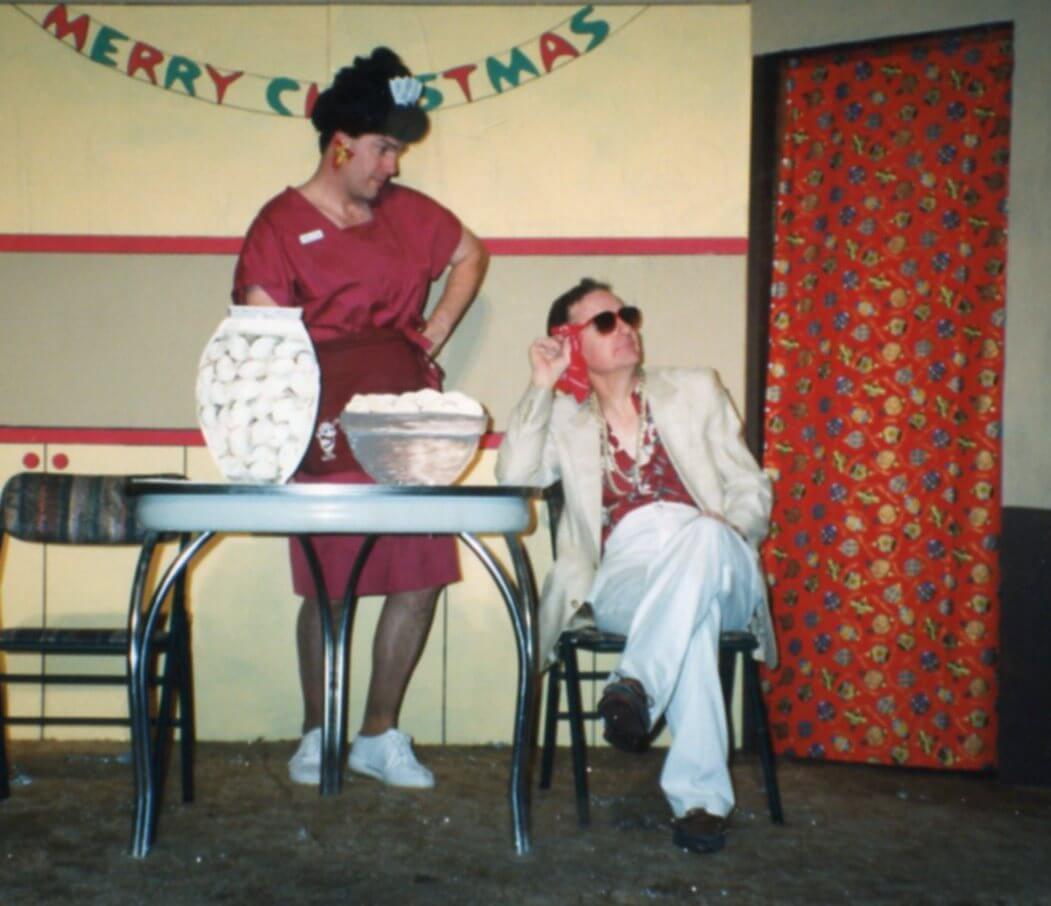 A Tuna Christmas by Jaston Williams, Joe Sears, and Ed Howard is the second of four comedic plays set the fictional town of Tuna, Texas, the “third-smallest” town in the state. The first installment, Greater Tuna, was presented by the Repertory Company in 1989. The plays are at once an affectionate comment on small-town, Southern life and attitudes but also a withering satire of the same. The plays are notable in that generally, two men play the entire cast of over twenty eccentric characters of both genders and various ages (when the Company did Greater Tuna in 1989 – three actors covered all the parts). The plot of A Tuna Christmas centers on the town’s annual Christmas Yard Display Contest, won 14 times in a row by Vera Carp. A mysterious “Christmas Phantom,” known for vandalizing the yard displays, threatens to throw the contest into turmoil. Among the subplots are Stanley Bumiller’s attempts to end his probation and leave Tuna, Bertha Bumiller’s trying to hold her family together at Christmastime, and Joe Bob Lipsey’s struggle to mount successfully his production of A Christmas Carol despite numerous vexations and obstacles. This performance ran in Dodge City from November 20 – December 13, 1997. 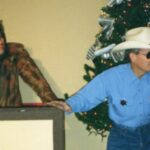 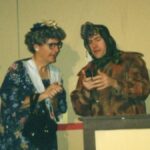 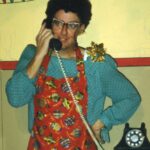 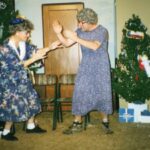 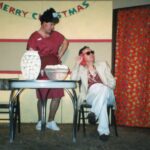 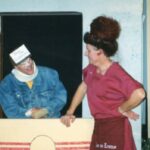 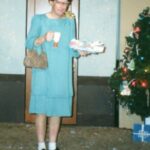 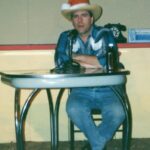