THE DRESSER by Ronald Harwood was a play based on the author’s experiences as dresser to distinguished English Shakespearean actor-manager Sir Donald Wolfit, who is the “Sir” in the play.  An aging lead actor named Sir is touring with a  troupe of thespians who perform “King Lear” throughout war-ravaged England. Sir’s devoted dresser, Norman, is the only man who can keep the harried and increasingly delusional actor from breaking down in between — and sometimes during — performances The play was first presented on March 6, 1980, at The Royal Exchange Theatre and then opened at the Queen’s Theatre in London April 30, 1980, with Freddie Jones as “Sir” and Tom Courtenay as Norman. The play was nominated for Best Play at the Laurence Olivier Awards for 1980. This performance ran in Dodge City from February 4-19, 2005. 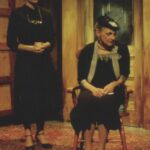 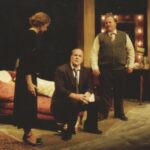 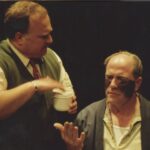 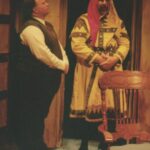 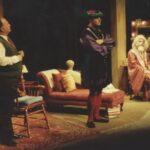 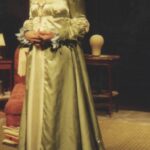 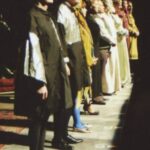 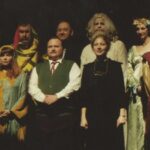 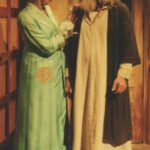