This performance ran in Dodge City from April 13 – May 6, 2000. Stop the World, I Want to Get Off is a Bricusse & Newley musical that tells of the ephemeral nature of worldly success and the efforts by Littlechap, the hero to apply some braking effect to the world  which for him is spinning out of control.  When Littlechap finds himself a father before his time, he agrees to marry Evie for the certain business advantages it presents.  But the business success is far-outweighed by the trap of responsibility for a family.  He turns to women of the world for fulfillment but late in life discovers that he has wasted his life looking for something that was there all the time – the true love of his wife.  Littlechap sings the show-stopping What Kind of Fool Am I? 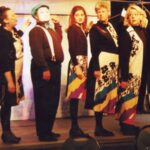 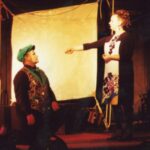 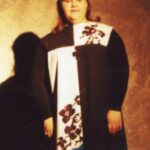 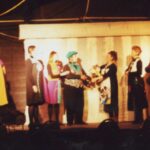 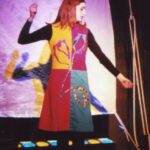 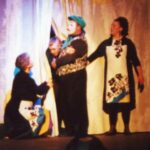 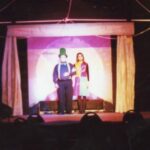