Originally presented by the Company in February 1989, Steel Magnolias was reprised in April 2001. Based on the tragic  story of Robert Harling’s elder sister – who was diabetic,  the action centers around Truvy’s beauty parlor and some women who regularly gather there. The drama begins on the morning of Shelby’s wedding to Jackson and covers events over the next three years, including Shelby’s decision to have a child despite having diabetes and the complications that result from the decision. We also get a glimpse of the unlikely friendship between Clairee and Ouiser; Annelle’s transformation from a shy, anxious newcomer in town, to a partying woman, then to a religious fundamentalist; and Truvy’s relationships with the men in her family. Although the main storyline involves Shelby, her mother, and Shelby’s medical battles, the underlying group-friendship among all six women is prominent throughout the drama. All of the action of the play takes place solely on one set — Truvy’s beauty salon, which is part of her house. There are only six characters (all female) that appear on stage. This performance ran in Dodge City from April 5 – May 5, 2001. 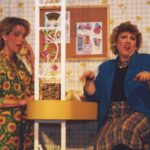 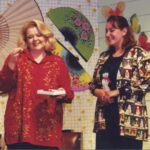 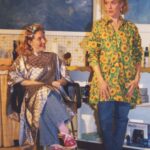 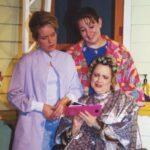 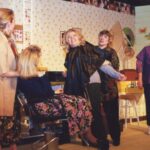 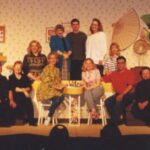 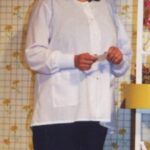 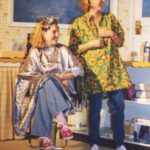 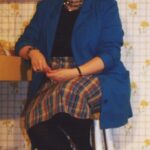