Smoke on the Mountain Homecoming

This performance ran in Dodge City from October 5-21, 2007. Smoke on the Mountain Homecoming saw the Company revisit the Sanders Family once again. It was October, 1945. The war was over and America’s years of prosperity were just beginning. But there was another kind of rite of passage at the Mount Pleasant Baptist Church, where the Reverend Mervin Oglethorpe was giving his last service. Having been called to preach in Texas, he’d already bought a 10-gallon hat and was preparing to ride into the sunset with his wife June, who was eight months pregnant. The next morning, June’s brother Dennis will take over as the congregation’s pastor. Join the Sanders Family as they send Mervin and June off in style, with hilarious and touching stories and 25 fabulous Bluegrass Gospel favorites.  It was also a rite of passage for the Company as this production celebrated the 25th anniversary of the Company and the “homecoming” of many past company members. 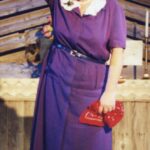 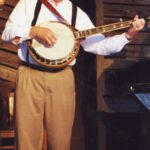 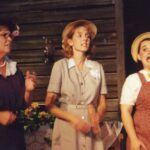 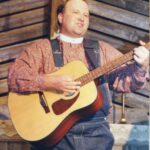 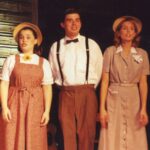 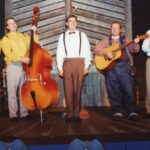 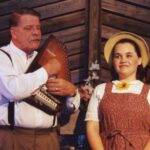 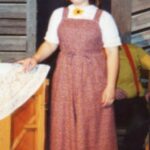 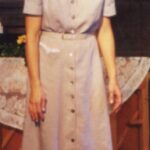 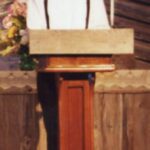