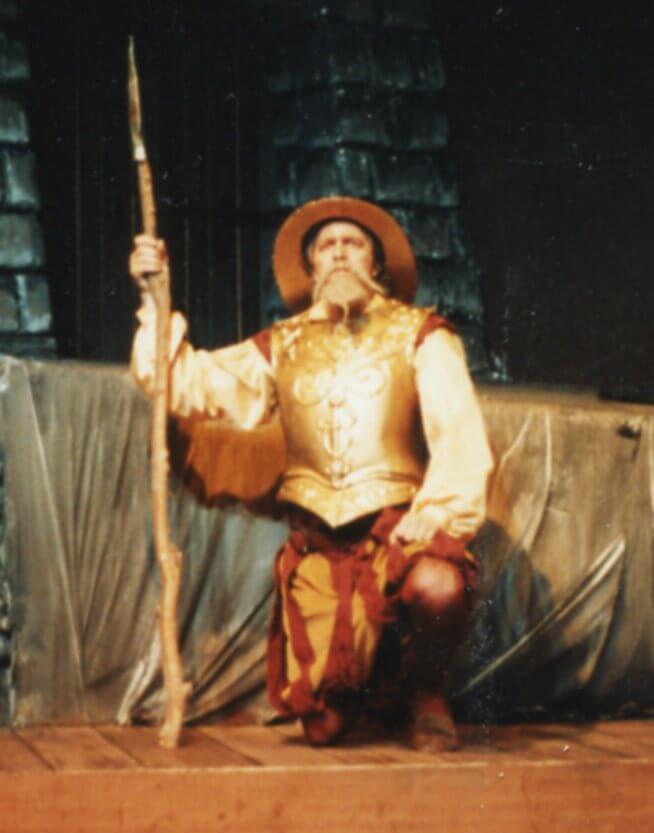 Man of La Mancha started its life as a non-musical teleplay written by Dale Wasserman for CBS’s DuPont Show of the Month program. This original staging starred Lee J. Cobb, Colleen Dewhurst, and Eli Wallach, and was of course not performed on a thrust stage, but on a television sound stage. The DuPont Corporation disliked the title Man of La Mancha, thinking that its viewing audience would not know what La Mancha actually meant, so a new title, I, Don Quixote, was chosen. Upon its telecast on November 9, 1959, the play won much critical acclaim.  The musical first played at the Goodspeed Opera House in Connecticut in 1964. Rex Harrison was to be the original star of this production, but the musical demands of the role were heavy for him. After 21 previews, the musical opened at the ANTA Washington Square Theatre in Greenwich Village on November 22, 1965, then moved to Broadway at the Martin Beck Theatre on March 20, 1968, then to the Eden Theatre on March 3, 1971, and finally to the Mark Hellinger Theatre on May 26, 1971 for its last month, a total original New York run of 2,329 performances.  Originally, the musical was performed on a single set that suggested a dungeon. All changes in location were created by alterations in the lighting, by the use of props supposedly lying around the floor of the dungeon, and by reliance on the audience’s imagination. “The Impossible Dream (The Quest)” was one of the most memorable songs to come out of this musical.  The song is sung all the way through once in the musical by Don Quixote as he stands vigil over his armor, in response to Aldonza (Dulcinea)’s question about what he means by “following the quest”. The play ran in Dodge City from April 1-24, 1993. 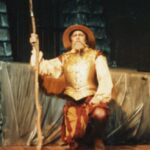 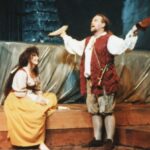 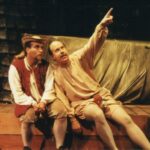 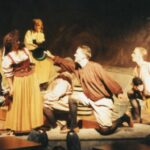 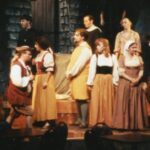 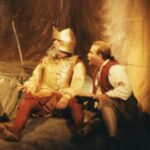 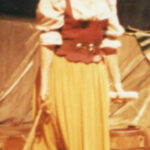 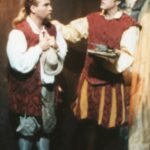