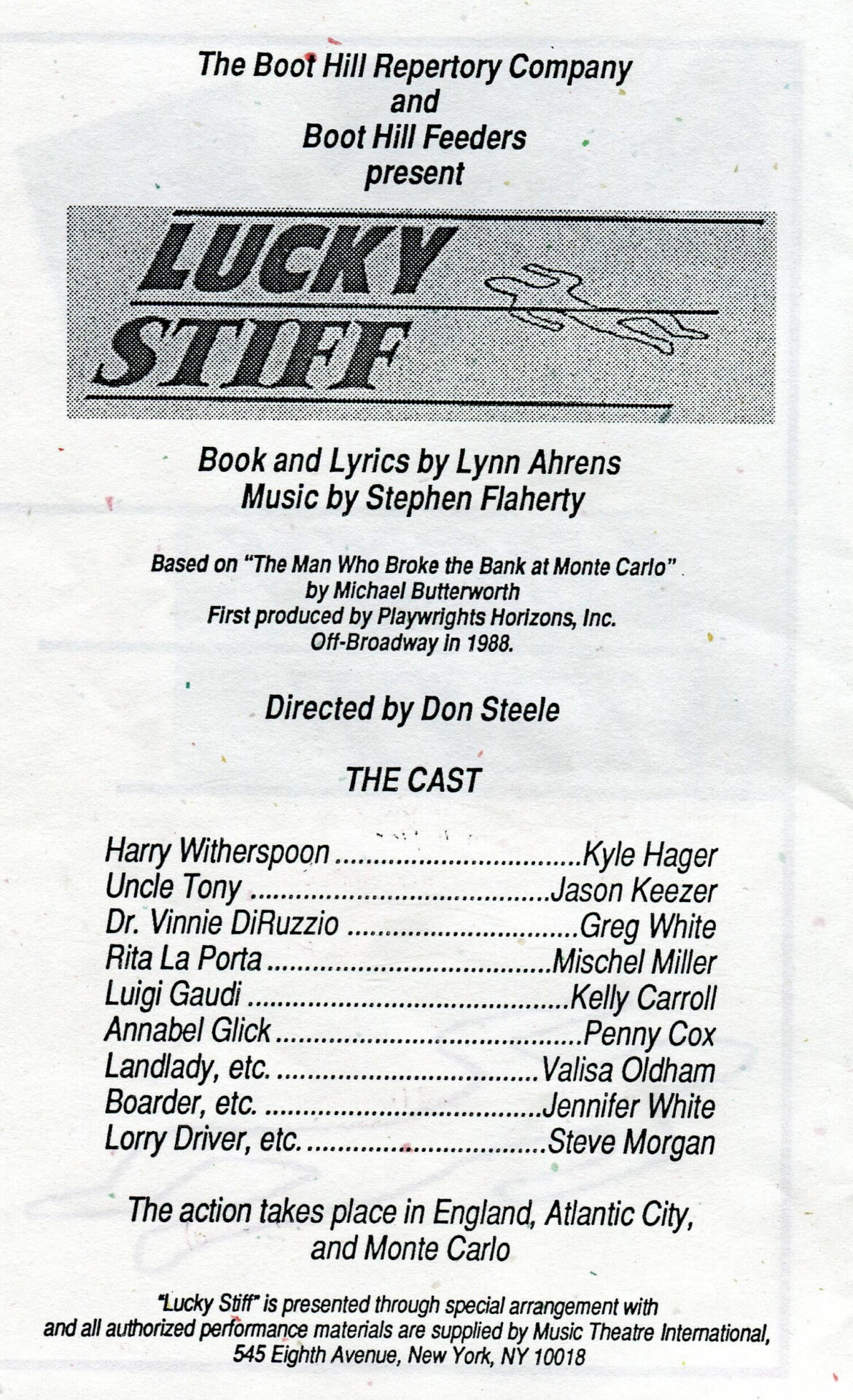 Lucky Stiff was a musical comedy by the team of Lynn Ahrens and Stephen Flaherty and was based on the 1983 novel The Man Who Broke the Bank at Monte Carlo by Michael Butterworth.  A mild-mannered English shoe clerk named Harry Witherspoon gets mixed up with his murdered croupier uncle (Anthony Hendon) from Atlantic City and the lunacy that surrounded him.  Harry will inherit $6M on the condition that he take his dead uncle’s corpse on one last vacation to Monte Carlo.   If he doesn’t fulfill this requirement, the inheritance reverts to the Universal Dogs Home of Brooklyn – and Harry hates dogs!  His uncle’s legally blind girlfriend, Rita, tells her optometrist brother, Vinnie, that she accidentally murdered her lover while not wearing her glasses.  She also informs him that the $6M she & Uncle Anthony embezzled from her former gangster boyfriend is now on its way to Monte Carlo.  Oh, and one other detail, they blamed the embezzlement on Vinnie so now there’s a hit out on him! A great score and well-lubricated plot takes the audience to the ultimate happy ending. For whatever reason, only one photo exists from the production of Lucky Stiff and there were no photos taken for “Company” or ‘You’re a Good Man, Charlie Brown”. This performance ran in Dodge City from October 12 – November 4, 1995. 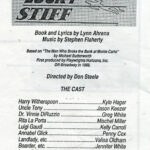 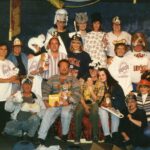