Jekyll and Hyde began at The Plymouth Theatre on Broadway, now known as the Gerald Schoenfeld Theatre and ran for 1,543 performances, the longest-running show in the history of the theater. Dr. Henry Jekyll is a brilliant scientist frustrated by dull “respectable” life in 1888 Victorian London. He creates a formula to unleash his inner bestial nature, transforming him into the brutish but oddly compassionate Edward Hyde. Hyde lives the high life while Jekyll’s middle-aged normalcy continues — until Hyde’s passions begin to turn up a body count. Opening night at the Depot Theater was October 15, 2009. 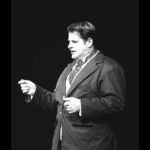 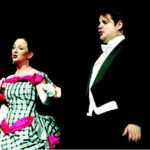