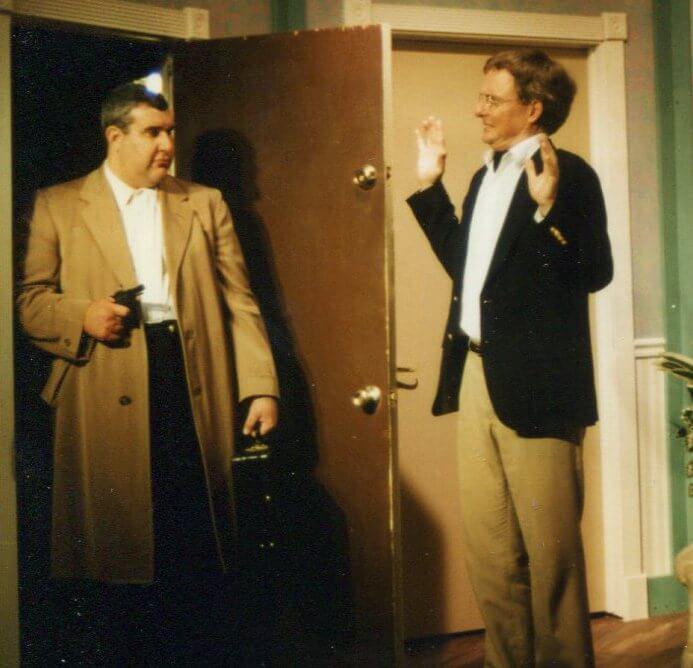 Funny Money is a farce written by Ray Cooney. It premièred at The Churchill Theatre, Bromley, London, England, in 1994, followed by a successful two-year run in the West End. Cooney directed his own play and also played the part of Henry Perkins.  The company had previous presented two of Mr. Cooney’s other plays – It Runs in the Family and Run for Your Wife.  This play centers around middle-aged Henry Perkins who is going home to Fulham on the underground, looking forward to his birthday dinner, for which he and his wife Jean have invited their old friends, Vic and Betty Johnson. Nothing out of the ordinary has happened so far, but on the tube train he by mistake picks up a wrong suitcase without noticing it. He gets off at Fulham, wants to get out his gloves and scarf and realizes that he is actually carrying someone else’s briefcase. In it, he finds £735,000 in used £50 notes. He goes to a pub and counts the money several times in one of the booths of the gents. “Bent copper” Davenport — in plain clothes — watches the excited man and believes he has come to the pub to solicit men.  Unforeseeable events intervene and a whole series of (deliberately) mistaken identities ensues. This performance ran in Dodge City from March 28 – April 27, 1996. 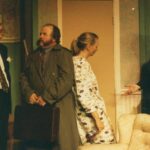 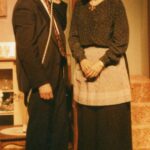 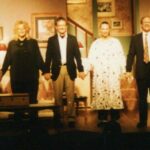 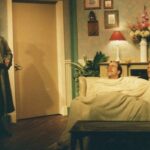 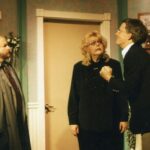 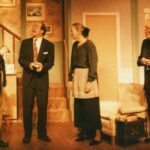 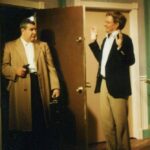