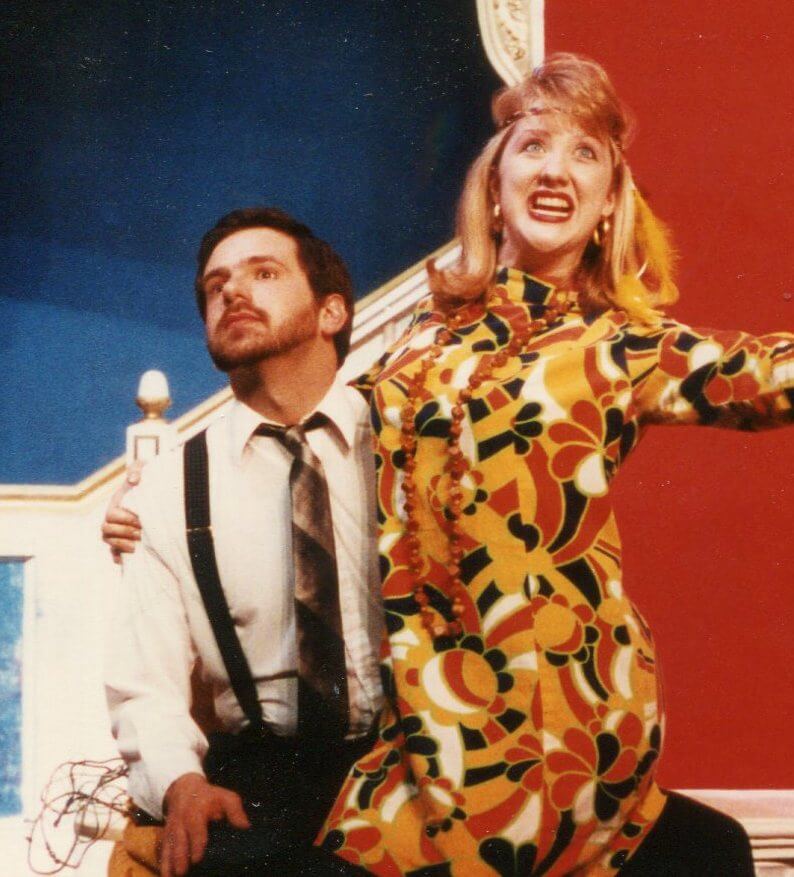 This play ran in Dodge City from January 28 – February 20, 1993.. Don’t Drink the Water was written by Woody Allen in 1966. This farce, which proved to be big hit on Broadway, took place inside an American Embassy behind the Iron Curtain. Returning from a European tour, Newark, New Jersey, caterer Walter Hollander, wife Marion, and daughter Susan, accidentally wander into a restricted area and take photos for Walter’s new hobby of photography and are caught by Krojack, the head of the secret police, who suspects espionage and attempts to arrest them. The tourists, however, are granted asylum in the American Embassy, temporarily supervised by Axel Magee, son of the ambassador. There the Hollanders meet mad Father Drobney, who for six years has enjoyed sanctuary within the embassy’s confines. Although the United States attempts to rescue the family by repatriating Vulgarian agent Grey Fox, he commits suicide before an exchange can be negotiated. When middle-aged student agitators picket and bomb the embassy, Magee accidentally thinks up an escape plan that Susan forces him to share with the rest of the family. The Hollanders dress up as dignitaries and attempt an escape when the escape fails, Walter and Marion don the robes of a visiting sultan and his harem and rush out of the embassy. Susan happily bids her parents farewell and secures diplomatic immunity by marrying Magee. 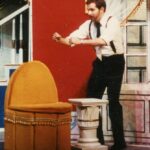 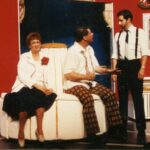 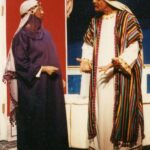 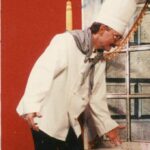 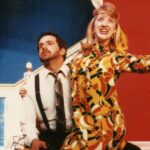 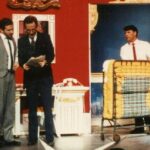 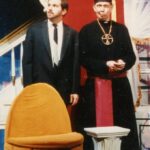 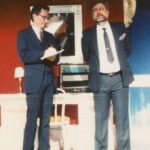 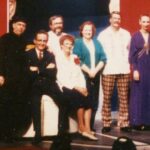 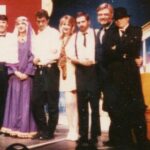